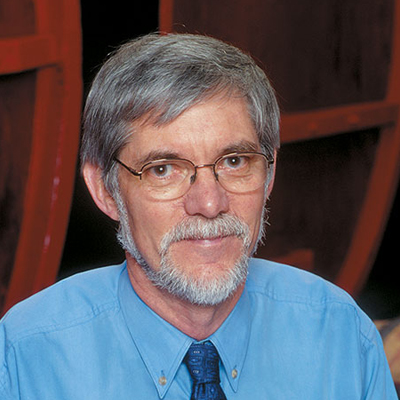 Prior to beginning an Academic career Patrick was employed by the Commonwealth Scientific and Industrial Research Organisation in various research capacities. He began his academic career in 1976 and has been involved in teaching and research in the areas of grape and wine chemistry for over 40 years.

At Roseworthy Agricultural College (1976-1992) he lectured in a range of subject topics including wine chemistry, viticulture and sensory evaluation. During this time he completed a Masters Degree in Viticulture investigating aspects of acidity and colour development in grapes. In this research he studied the effects of viticultural practices on grape and wine colour of Shiraz and Pinot Noir. Later, his interest in the links between grapes and wines was extended through his PhD studies where he developed a method for measuring grape colour. This method is now used in the Australian wine industry for research purposes and by the larger wine companies to aid in assessing the suitability of a batch of fruit for specific wine styles. When Roseworthy Agricultural College amalgamated with The University of Adelaide in 1991, he joined the Viticulture group in the new Department of Horticulture, Viticulture and Oenology as a Senior Lecturer in Viticulture. There his research focused on studies aimed at gaining an understanding of the chemistry and sensory aspects of tannins in grapes and wines. In 2002 he retired from the University but remains involved with the University through his role as the inaugural Patron of The University of Adelaide Wine Alumni.

Patrick has a strong interest in and commitment to wine education. He and his wife Judith conduct a publishing business (Patrick Iland Wine Promotions) specialising in educational wine books. The technical books are texts in viticulture and wine courses at universities and technical colleges, both in Australia and internationally. The general wine books are used widely in training courses and by wine enthusiasts. Patrick Iland Wine Promotions has received international awards from the OIV (Organisation Internationale of vine and wine) for two of the books — the ‘A Taste of the World of Wine’ and ‘The Grapevine: from the science to the practice of growing vines for wine’.

Patrick has received many awards throughout his career. He has been awarded the Order of Australia (OAM) for his services to The Australian Society of Viticulture and Oenology and the Australian wine industry. He is a past winner of The Vin de Champagne Award, the Stephen Hickinbotham Memorial Trust Award (for his research on Pinot Noir grapes and wines), the Stephen Cole The Elder Award for Excellence in Teaching awarded by The University of Adelaide and the Wine Communicators of Australia ‘Legend of the Vine’ award for outstanding contribution to the wine business and industry at large. Patrick is a Fellow of The Australian Society of Viticulture and Oenology. He is an Honorary Member of the Interwinery Analysis Group.